This post outlines the tools available in Visual Studio 2017 IDE for developer that can improve the productivity in areas like debugging, live code analysis, navigation, intellisense and live unit testing. It also outlines the improvement in mobile and cloud development. 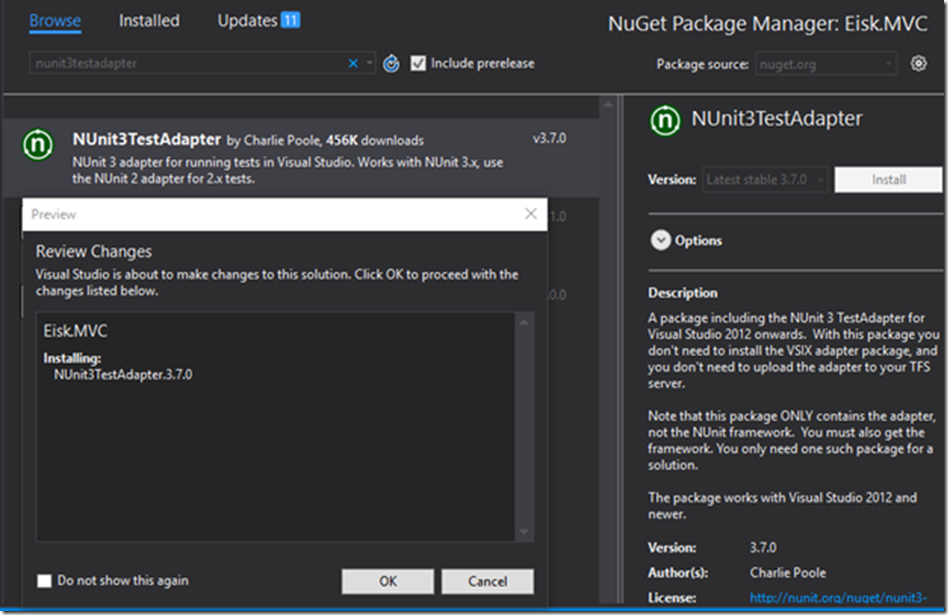 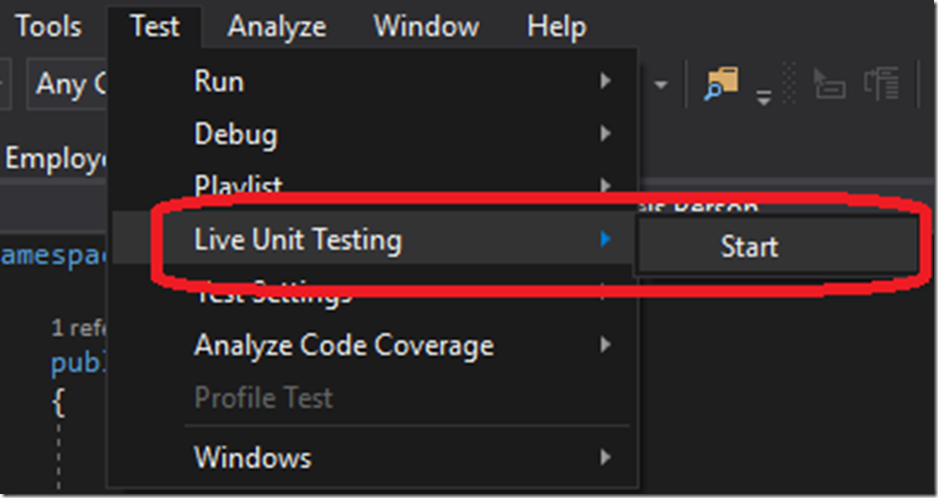 If you use Microsoft Visual Studio testing tools for creating unit tests then install corresponding adapter using Nuget MSTest.TestFramework then you are ready to run live unit testing in your project.

The new Live Unit testing in VS 2017 enterprise runs continuously and displays unit test results in code coverage inside the editor. Whenever you make change it finds the impact and shows different icons to indicate the code coverage. 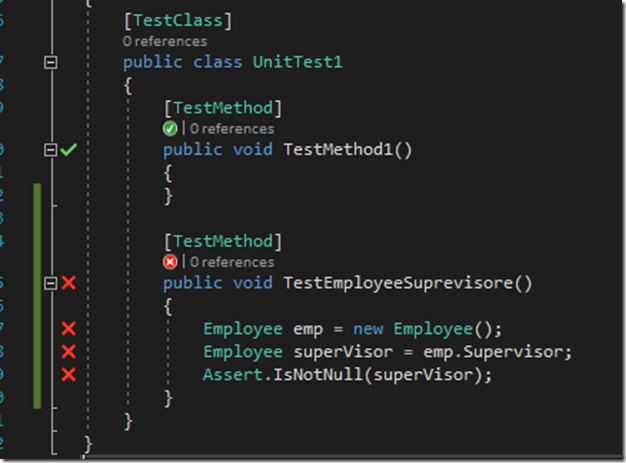 Red Cross shows the code that is failing the test case, when you hover on it then it will shows the line where you can jump in and debug the code.

Navigation Experience has been improved in VS 2017, all the navigation items now brought under Edit menu 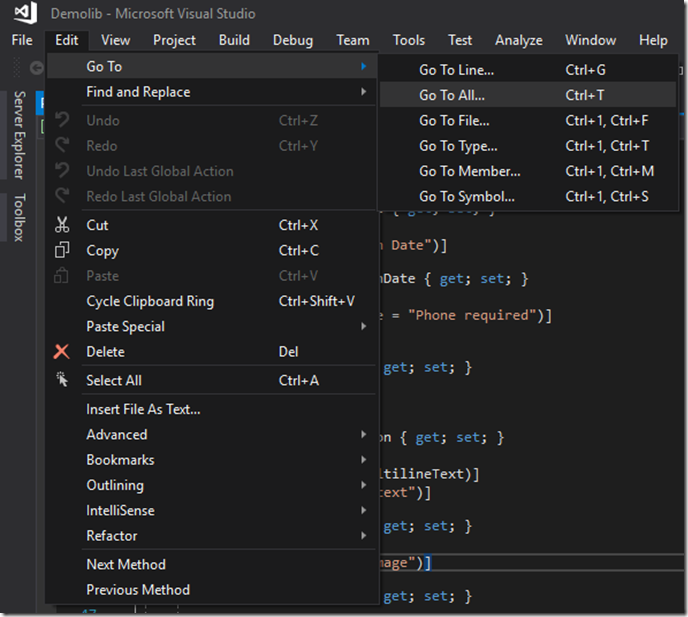 Navigate To now renamed as Go To All, short cut is CTRL + T or CTRL +, 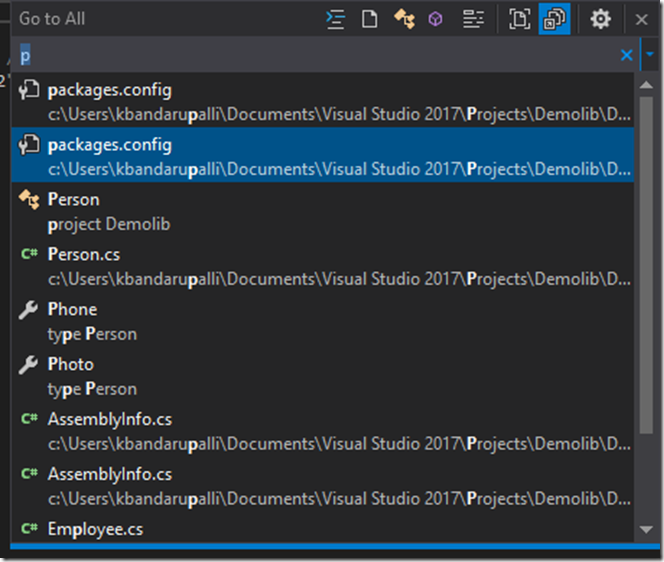 As you start typing Visual Studio starts opening the files in dock view, hit Enter on the file that you actually want to work.

Navigation experience is now much more powerful with Intellisense filtering and preview. 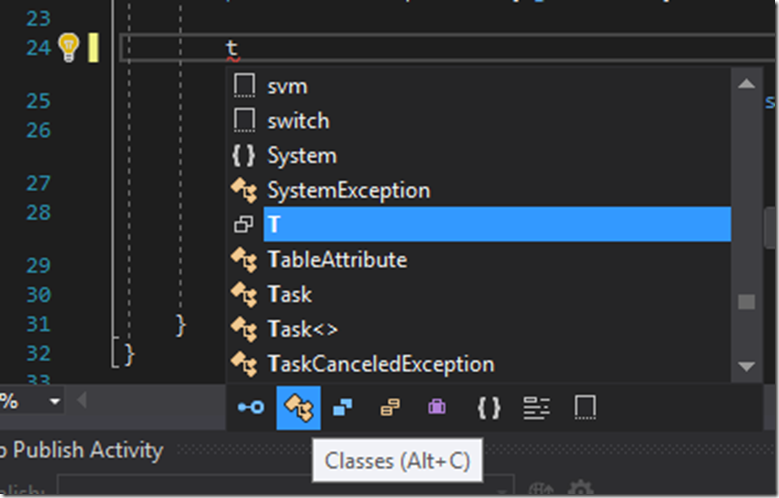 Findall references improved as following, it has now grouping, coloring and peek preview

The new feature called run-to click added for debugging. With this feature you no longer needed to set temporary break-points in your code. Set a break-point and hit F5, when you hit the break-point you would be able to navigate to lower lines of code in application without setting other set of temporary break-points. The little green-arrow shown below allows you to jump to the desired line.

It also shows number milliseconds that it took to run the code and you can then further debug using diagnosis tools as shown in following picture. 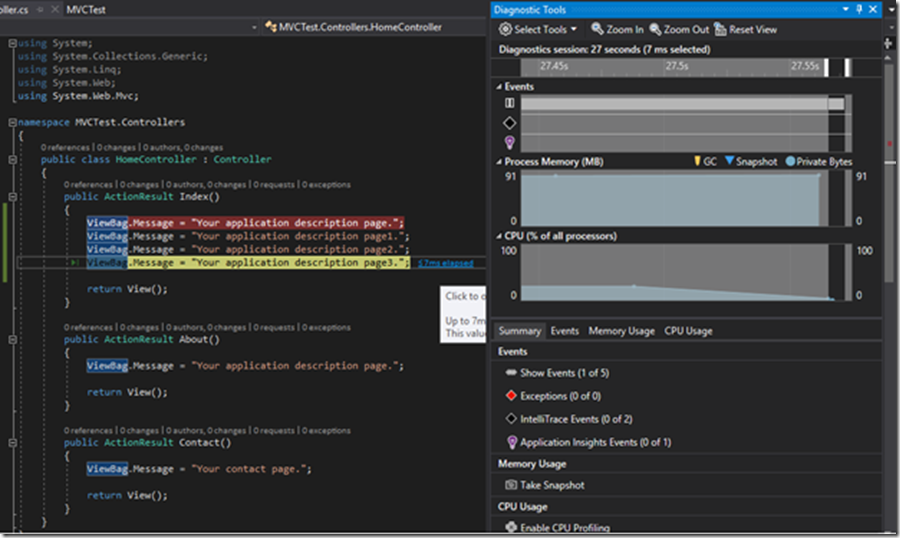 To help you maintain a readable code base, you have options like move types and refactoring.

Mobile Development in VS 2017

It is easy now to use your existing skills with C#, JavaScript and C++ to productively build mobile applications for Android, iOS and Windows.

JavaScript developers can use Cordova and ionic to build apps. C++ developers can build native libraries and can share across all mobile OSs. Most importantly for C# developers VS 2017 uses xamarin technology to create fully native apps. Apps that have native UI native device capabilities and have native app performance.

Cordova developers can take the advantage of browser based simulator that includes support for Cordova plug-ins.

Testing mobile application is challenging, now generation and running the tests against the set of real-devices is easy with VS mobile test recorder.

Cloud Development in VS 2017

VS 2017 brings the best practices for cloud development. It also includes integrate tooling to package your applications to Docker container and deploy them to the cloud. VS 2017 also improves DevOps workflows with git based version control to much simpler continuous integration and deployment pipelines. 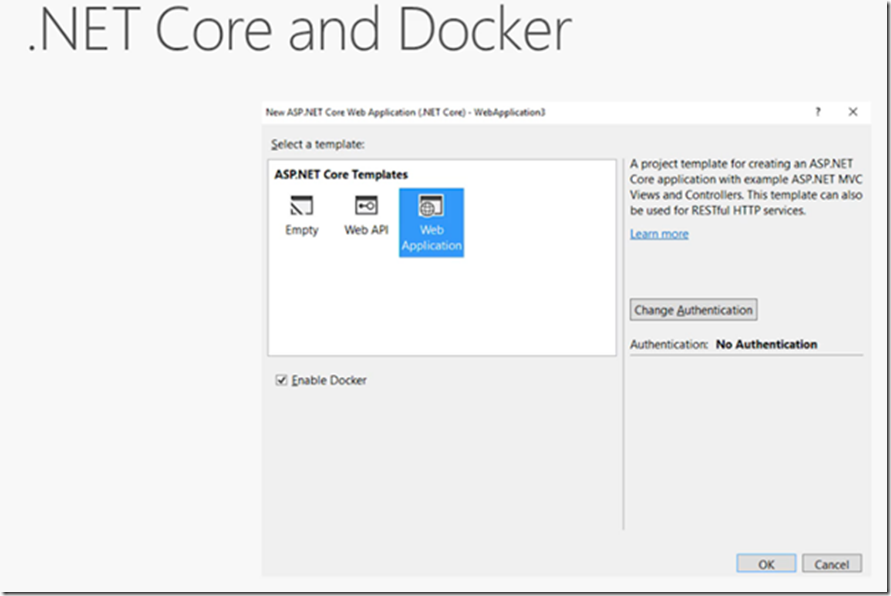 With simple one check-box click you can place your .NET core application to Docker and deploy to the cloud.

Once you deploy your .net core app to cloud and it then run fast. According to Microsoft .NET core is in top 10 platforms in terms of performance. It is considerably faster than ASP.NET.

VS 2017 IDE itself is faster in start-up, debugging and solution load. It is 3 times faster compare to earlier version!! 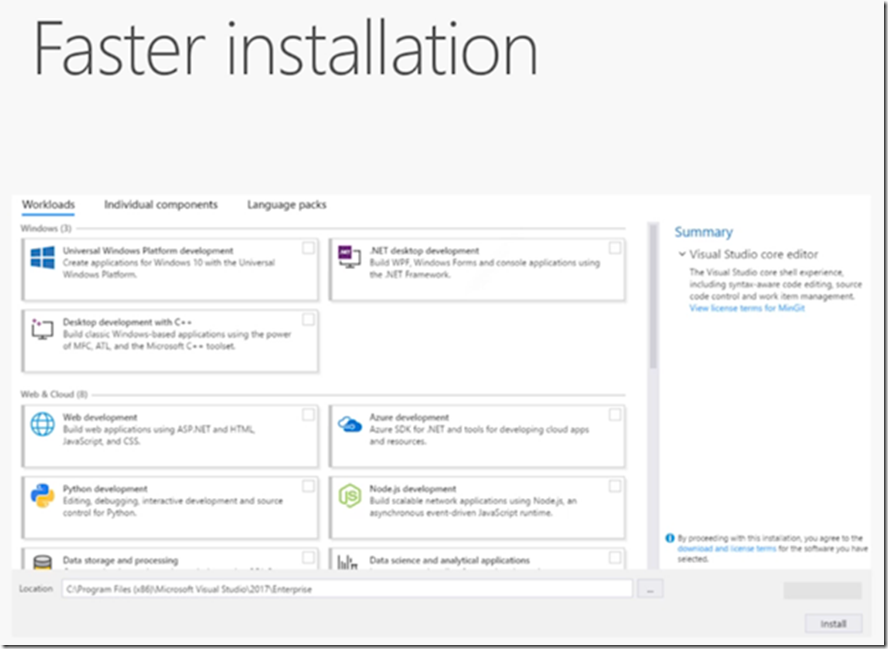 VS 2017 installation is also faster. Installer is light-weight and componentized. The start page is also updated 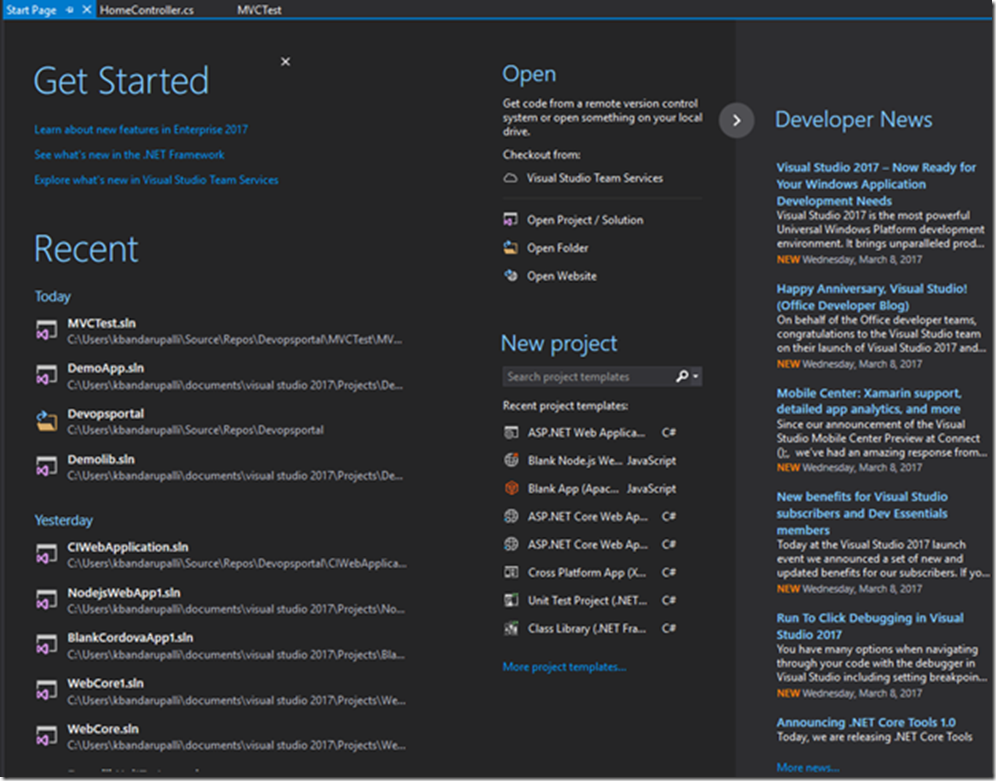 Download the visual studio 2017 from here it is now general available.