Before writing a unit test case , define a schema file and create a database project and  deploy to the database as shown below. 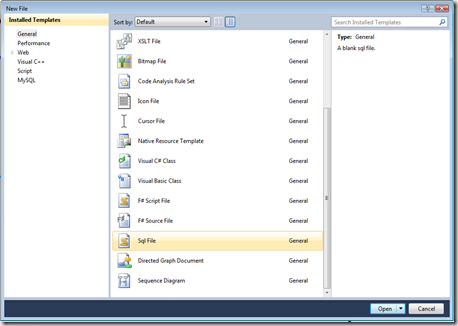 Schema file defines a table and one stored procedure to insert the data into that table. 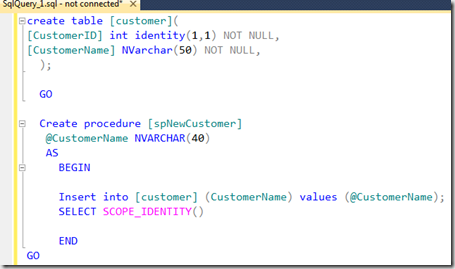 Save the script file on to disk. Now Create a database project as shown below to test the script 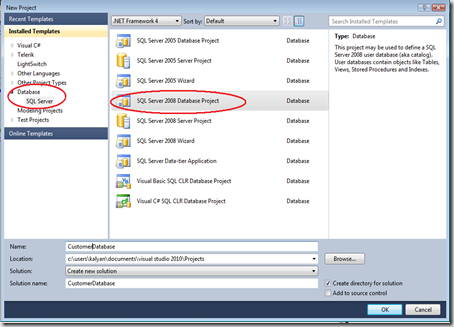 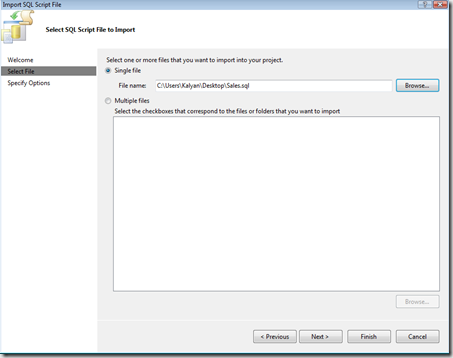 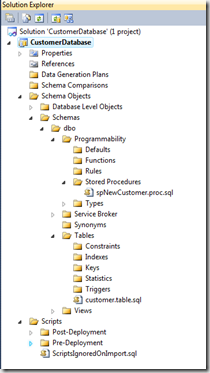 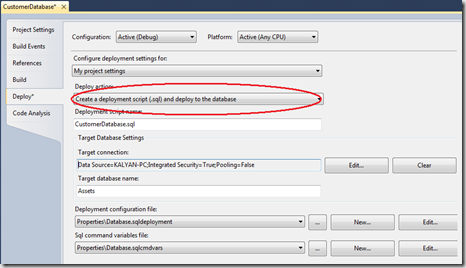 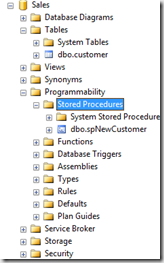 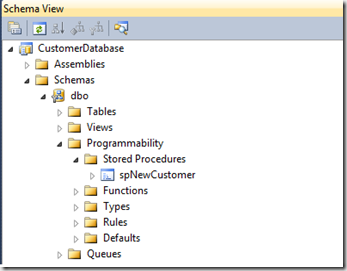 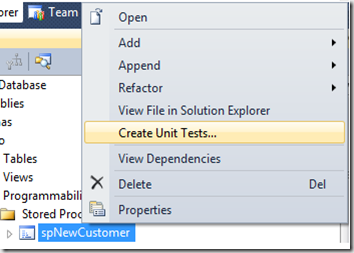 Name the project  and test class as shown below 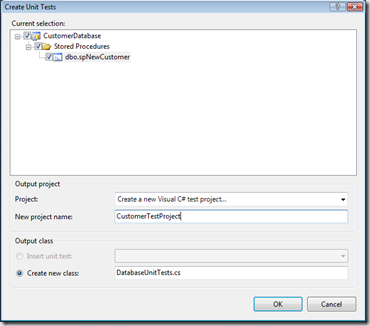 Configure the database test project as shown below 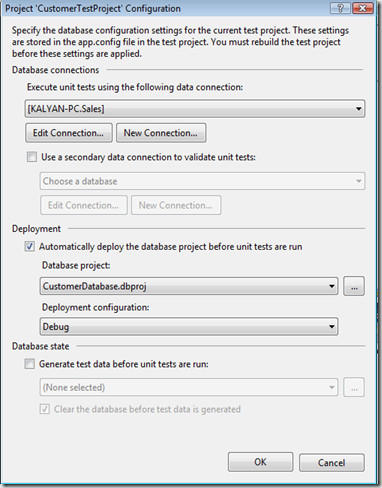 When you click ok in above dialogue then it creates a unit test for stored procedure. Save all and build the database project. Edit the unit test to insert the record in to customer table as shown below. Change the test condition to row count. 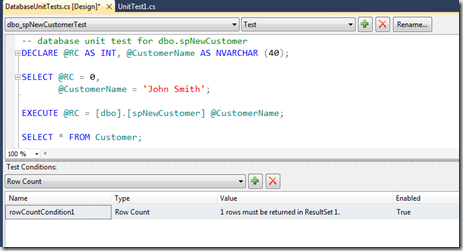 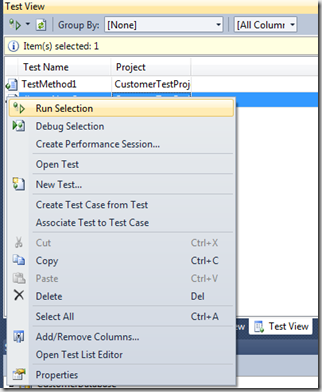 This is a very basic example of creating a database test case where you can create unit test cases on complex database objects and share with the other developers so that any change occur on database objects would not change the application behavior by running the test cases.