What is Visual Studio Achievements?

When you launch Visual Studio it prompts Channel9 login, you have enter your Channel9 credentials. This is just one time process and it is just an installation step. 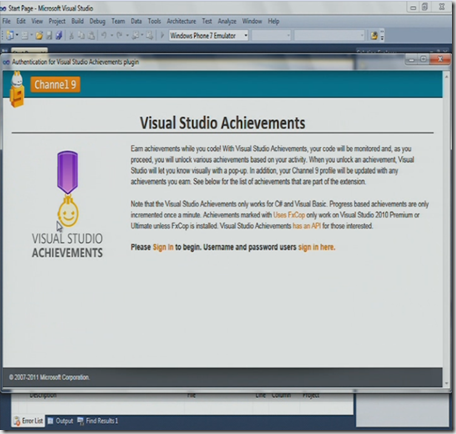 This add-in run in the background and does not effect your experience as a coder and it is going to talk with server every-time when you un-lock the feature. As soon as you authorize and install the application you will then get the below prompt.

In Visual Studio you do something in your code and you are not necessarily need to know about it then you will earn that achievement.  There are few achievements which you can see here. You can also get these achievements from tools and achievements. 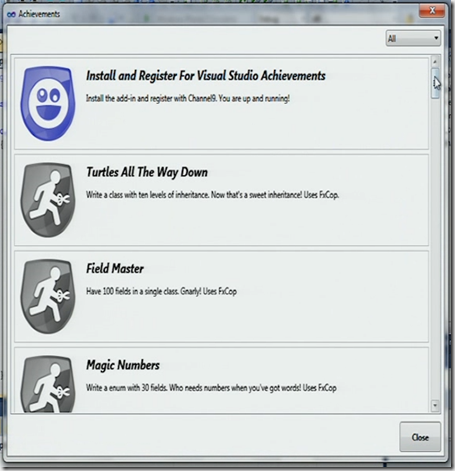 It is fun for the developers. It is something which you do in day to day job but some features which you do not know can be learn and get some achievement points. Some achievements you have to do once but some you may have try several times to break it.

Most achievements you earn after you compile your code. Suppose if you use organize usings 50 times then you earn 7 points which you can do as shown below

You can not do this over and over again, that is cheat. You can only unlock them once a minute. Incremental achievements unlock when you reach the target count and it is stored in server.

Another achievement example is Equal Opportunist 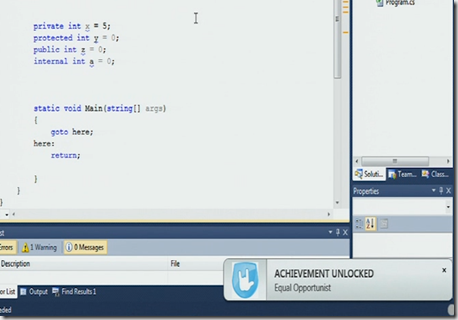 You will earn this when you use private,protected,public and internal variables in a class. It is just learning a new thing and gamification which is every where in these days. It also got leaders board with their names and points achieved.