What is Entity Framework 7?

Entity framework 7 is a lightweight and extensible version of Entity Framework. This post outlines some basic concepts in EntityFramework 7 and then what is new in EF7? 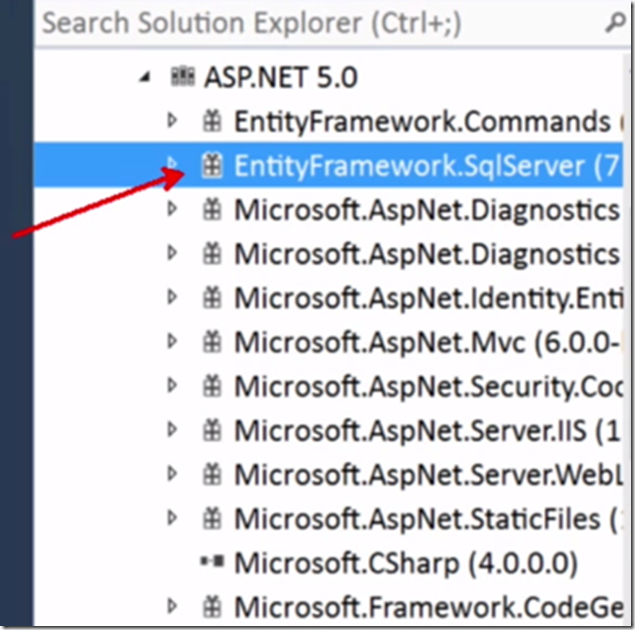 As part of the default ASP.NET 5 project template you have got Entity Framework installed. Note: EntityFramework.SqlServer is installed as separated package. Create a simple Bike model in your project as shown in the following picture 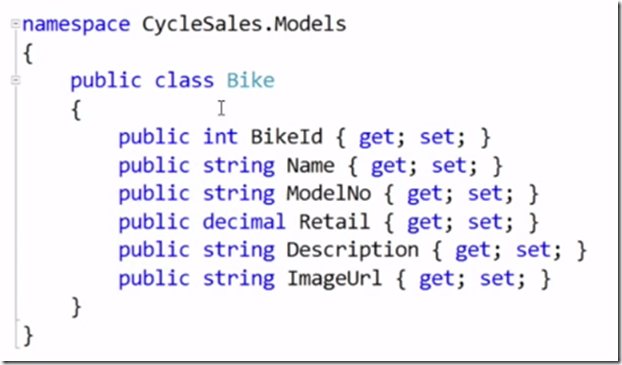 Create a CycleSalesContext class which inherits from DbContext class. It exposes DbSet for each type in the model for querying the instances of the type 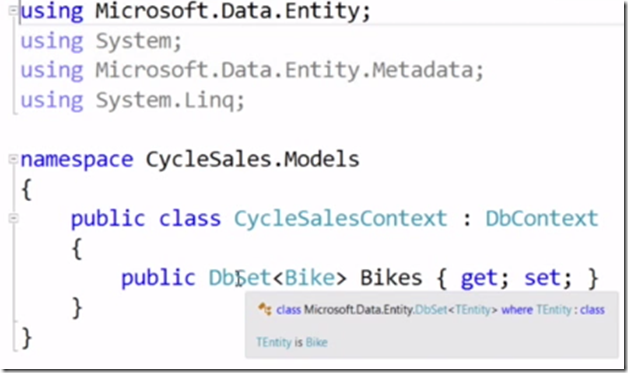 In EF 7 the code base configuration is much easier compare to EF6. In EF7 you can override OnConfiguring method.

This is all you need to do to get your model up and running. However in EF7 it would not do the magic database creation. Now create the database based on the model using k commands and package manager 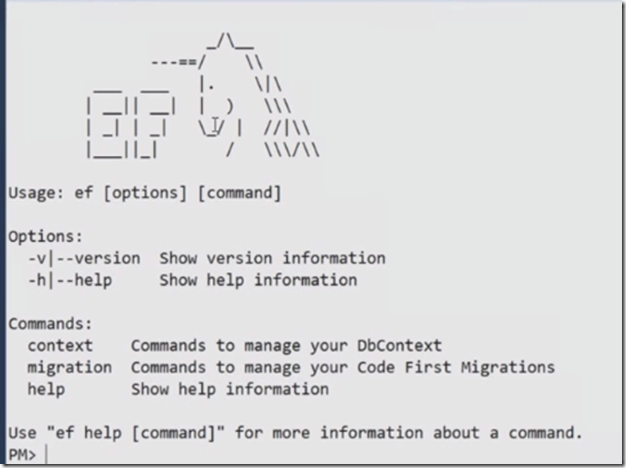 ef mentioned in the command because it is listed under commands section in project.json file

Ef can be replaced with anything like foo etc

When you execute the above command it will then create the migrations folder in your project.

In startup.cs file, CinfgureServices method you will see the following code related to scaffolding

You can use extension methods like AddDbContext to inject DbContext for other controllers who depend on it.

Exclusively in ASP.NET 5 EF7 added some help pages to know about the migrations. For example if you introduce a model change which obviously requires database change. If you refresh your application page without adding and applying a new migration then you will see a nice help page 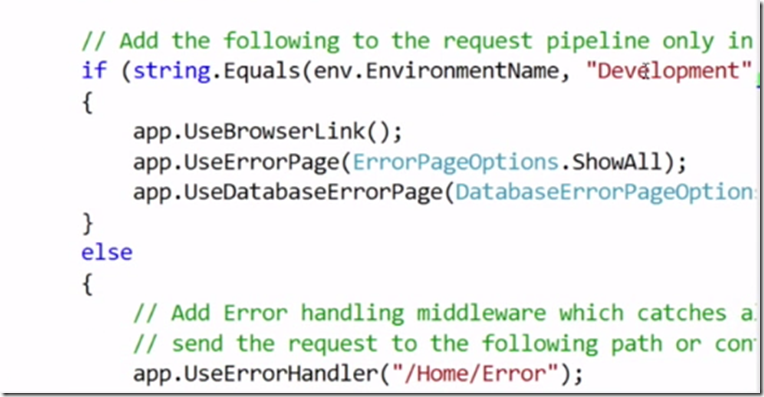 Batching improvements in EntityFramework 7 â€“ executing multiple sql statements, example multiple updates can send as one batch (one round trip) to SQL Server.

EF7 can generate sql statements when you do the CRUD operations from user interface.

Unit testing is made much easier in EntityFramework 7. The sample test looks as below

You can then pass the options object to add some data and to assert the results.