This post outlines the following ASP.NET Core 1 features in detail

You provide the host process for example when you write .net core application the dotnet.exe is the host process which boots up the .net clr and start running managed code and starts the asp.net hosting logic. You can host asp.net core on a console application. You have flexibility in hosting the asp.net, you can host on console app or windows service. ASP.NET core still supports hosting on IIS and IIS express along with self-hosting using Kestrel and WebListener HTTP servers.

Setting up the ASP.NET Core hosting

Configure the hosting properties – what server you want to use? Microsoft provides http webservers Kestrel and WebListener. You can write your own server if you want to! Specify the server URL and startup logic. There is new concept on paths like Content root and Web root. Content root is where your application files located like your MVC views, Web root is typically all your static files. Web root is relative to the content root.

There is an environment notation for defining development, staging and production etc there is also Application name notation for specifying friendly name to your application. 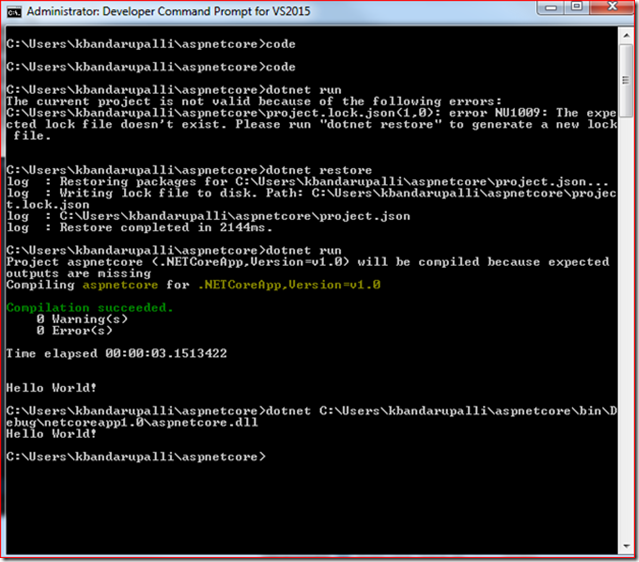 You can build and run the host in program.cs file using the following code 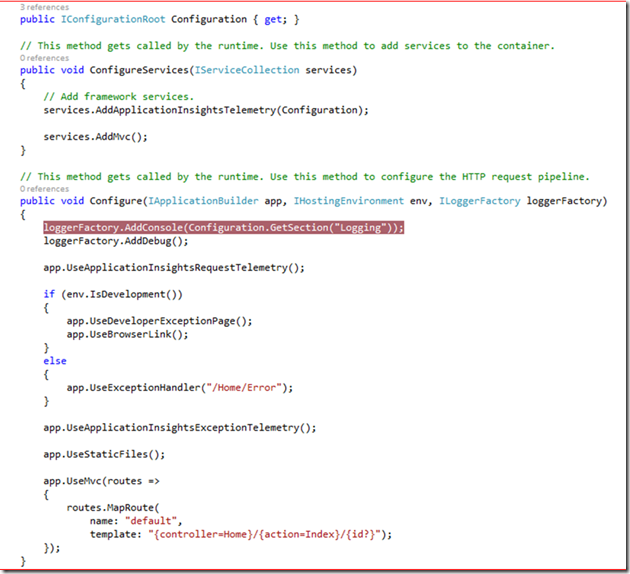 You can write your own hosting server by implementing IServer interface and hook it up in main method using a useserver property. 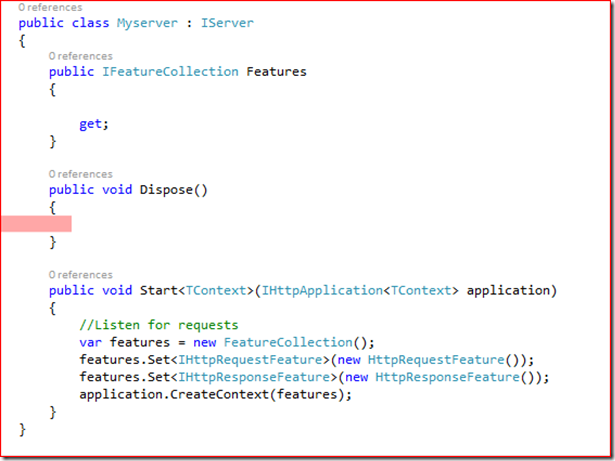 You donâ€™t have to write your server, if you want to run your application everything in memory there is a nuget package named Microsoft.AspNetCore.TestHost 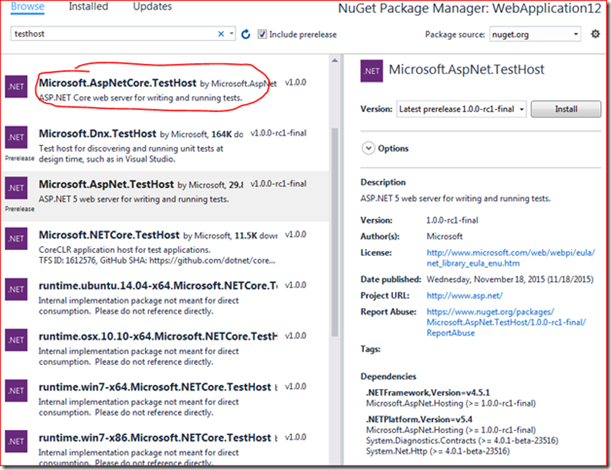 .UseIISIntegration property takes the user request and forwards it to Kestrel. In this way you can leverage all the features that IIS giving like windows authentication, logging etc. In High-level ASP.NET Core Module (ACM) will does the work for you

Â· ACM starts your application in a separate process , this is no longer as w3wp.exe but as dotnet.exe or myapp.exe

Â· ACM forwards the request to the application

Â· IIS forwards the response to the client

The Environment variable set by ACM for the host process

Â· ASPNETCORE_PORT – Port to forward the request to

Â· ASPNETCORE_APPL_PATH â€“ Application path to forward the request to

Request handling pipeline gets defined in startup configure method and it uses middleware to handle all requests. Your entire app will built into a single request delegate to encapsulate all middleware that you wanted to use. ASP.NET core comes with built-in middleware like Routing, authentication, static files, diagnostics, error handling, session, CORS, localization etc

Routing takes IRouter with context object, when the route logic is done if context object contains a RequestDelegate then it executes that delegate, if it doesnâ€™t find a request delegate then it creates for handled requests, Routing middleware also has RoutingCollection which iterates through a list of IRouters and stops when one handles the request.

Route implements route templates and calls a target IRouter when the request matches.

MVC Application Parts is for extensibility

Application Model is a representation of your MVC app that you can read and manipulate controller names, action names, action parameters, attribute routes and filters.