This post explains the enhanced testing features that were introduced with Visual Studio 2012 update 1. Visual Studio 2012 now supports code coverage analysis during the manual testing. This functionality can be enabled by configuring test settings in Microsoft Test manager. This feature is currently supported for ASP.NET applications that running on IIS.

1. Click new in Test settings Manager screen and enter the name for your test and select type of test 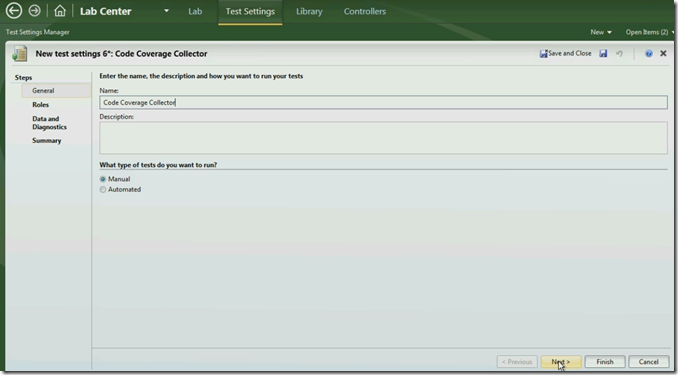 2. click next to select the roles that you want to use 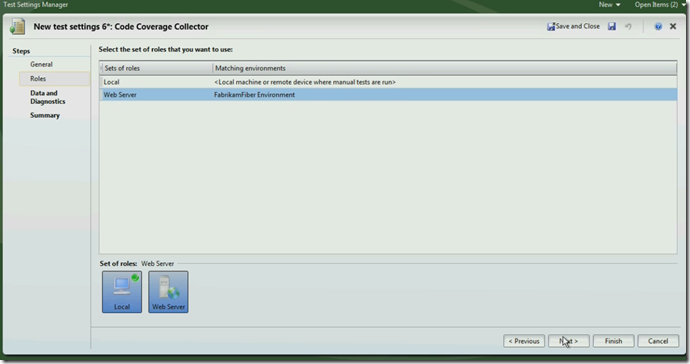 3. To collect code coverage you must ensure that PDB files are available and select the data that you want to collect 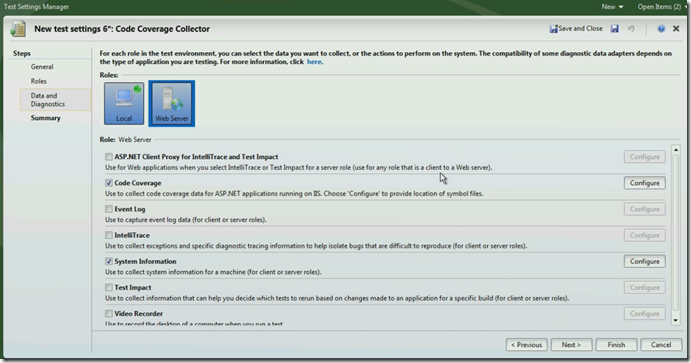 click configure against code coverage to give the pdb files path 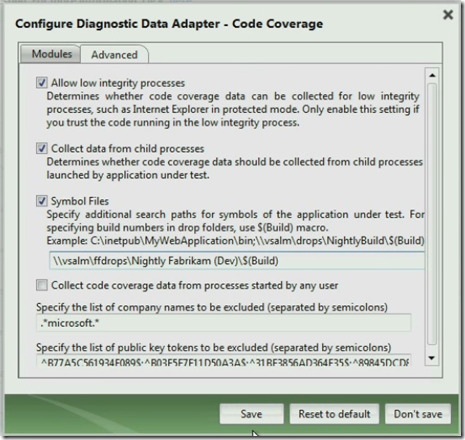 4. once the settings are defined then switch to testing center to define the new test settings and appropriate test environment

5. Once the environment is configured then choose the target build

6. once the environment is selected and chosen the target build then begin the manual testing 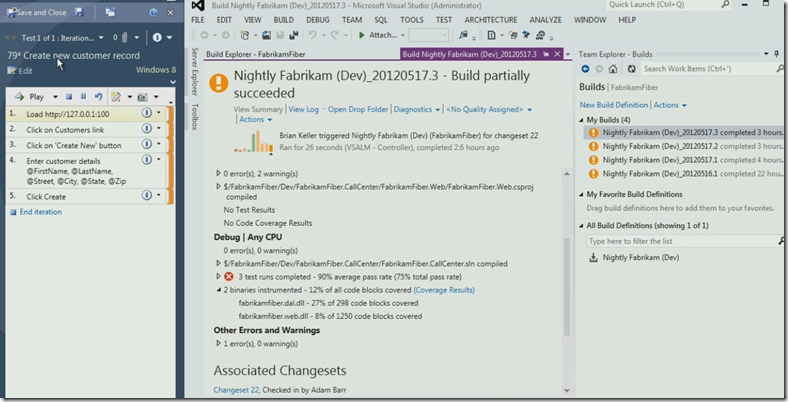 8. Click on covered results link to look at the details, Visual Studio displays hierarchical view that allows you to drill-down to individual methods to know which were executed and which were not. It even allows you to jump to the code from code coverage view

9. Visual Studio 2012 has added cross-browser support ability to play-back the code-UI tests. As before you can use coded-ui test builder to record your actions by interacting with the website. Record the action, generated the test code and add an assertion to test whether the result is matched as expected. Rebuild the solution after completing your action which causes your test to appear in test viewer window.

10. With additional one line of code you can play back the actions in chrome  and Firefox browsers.

11. Microsoft Test manager supports the creation of test suites based on meaning full queries , With the latest update you can perform more sophisticated queries

You can query the test cases related to the bugs

12. With Visual Studio 2012 and Microsoft Test manager you can pause multiple tests at same time 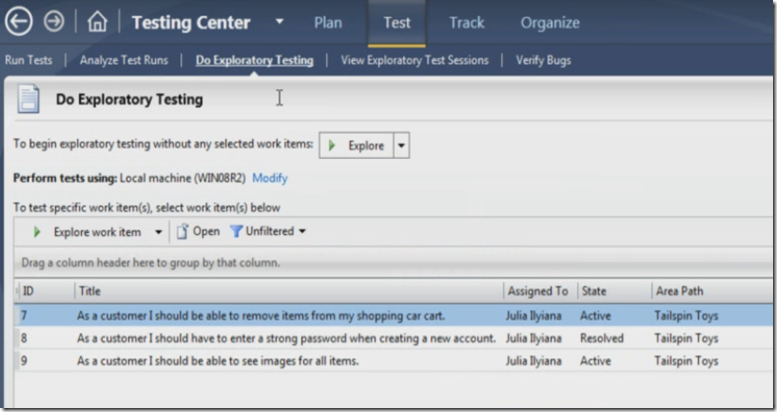 14. Visual Studio 2012 allows you to display your tests by outcome , duration and project which makes testing process more organised 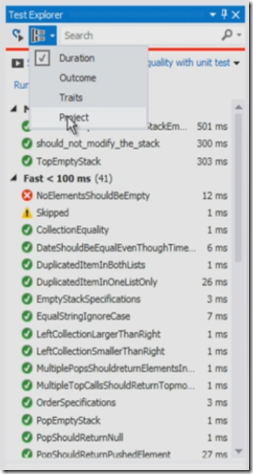 Reference screenshots: http://channel9.msdn.com/Niners/alvinho . More about can be read here