1. It gives you the ability to write C++ applications using Visual Studio 2012  which targeted windows XP.

2. You will now able to debug the mixed mode windows store applications. example you have got the  application which has got some native code and .net code which you can debug now.You can also debug the native code that is coming from armed devices. 4. For SharePoint developers, You should be now able to do the load testing , coded UI testing and unit testing. When you found bugs in SharePoint 2010 applications now you can trace using intellitrace features which you can target some of the lower-level SharePoint events.  You can run Intellitrace on server without running the Visual Studio. 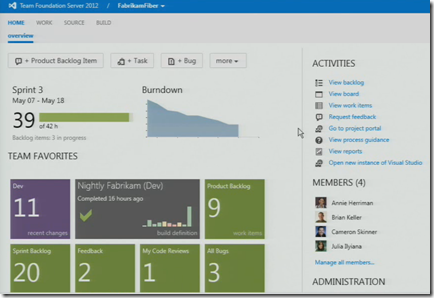 You can notice a new board has been added to Visual Studio 2012 with this update 1. when you click view backlog link you will get the below screen

The above board gives you the states of the work that is done and the work  which is in new state. You can drag and drop the work items to the various states and it alerts you when it reaches the maximum that you defined in the board. The new chart at top-right corner shows you the Cumulative flow of the work-items 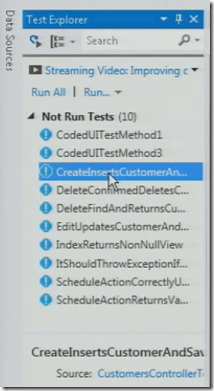 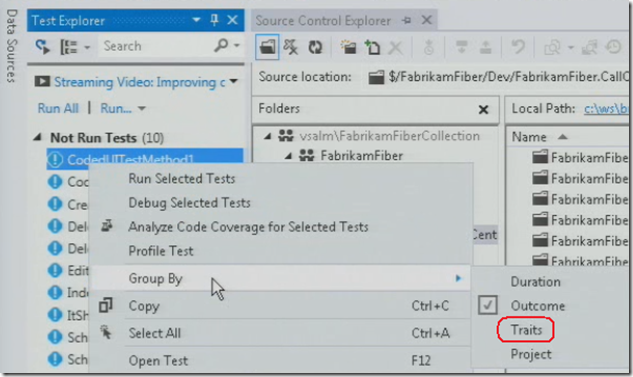 It basically filters the test cases by category that you mentioned in your test case. You can also record and run the UI test cases using Firefox, Internet Explorer and Chrome. More on this update1 can be read from here and from here