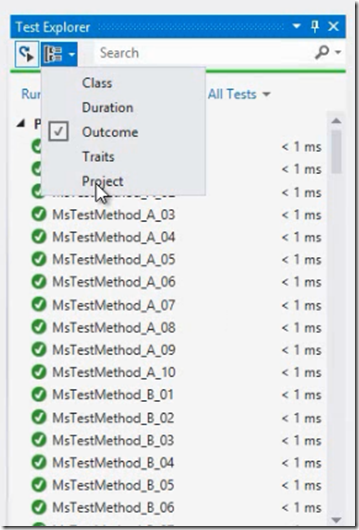 Now developers can group their tests in test explorer according to which project they are in, what classes the test methods are in or by test trait. Test trait is a test property of a given unit test and several are available in MS test unit test framework. MS test finds the attributes used to mark test methods for specific traits. A test method can be attributed with an owner , priority or with test category.

Filtering unit tests in test explorer allows developers to focus on just those that are important to them. This feature useful for solutions with hundreds of tests. 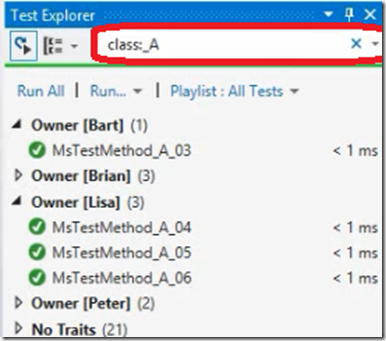 This helps running tests quick and easy. With Playlists developers can create custom lists mapping to exactly those test cases to run in specific situation.

Enable passing data in test methods, executing one pass throw the test method for every row of data.

More on this topic can be read here