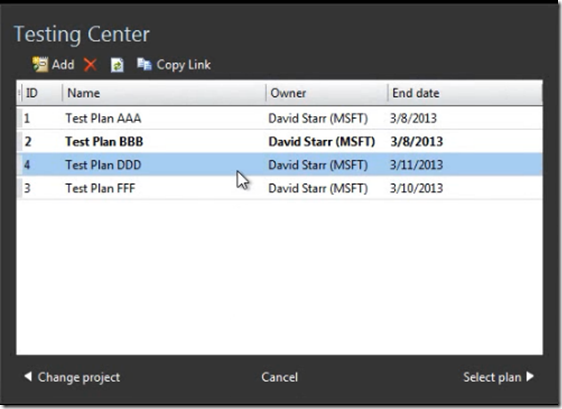 Double click the test plan and then click the New â€“> Clone Plan to duplicate the test cases and steps. 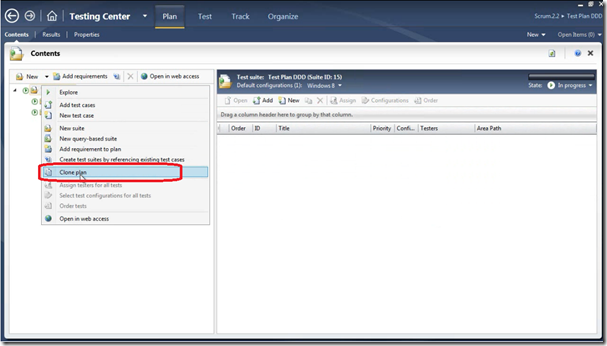 From Team foundation server team portal testers can access test hub from any time from any machine. The new test hub enables the functionality that not previously available in Microsoft Test Manager (MTM) including bulk test case edit 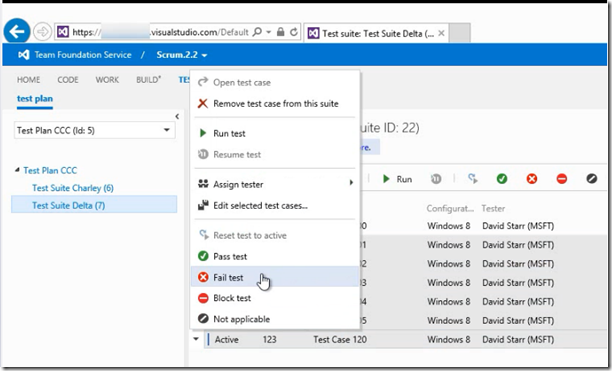 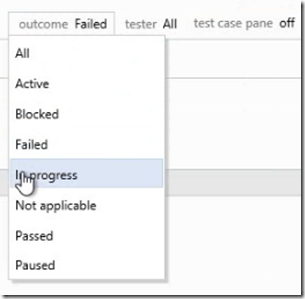 Filtering by tester allows you to show test cases assigned to given tester at a glance.

Running tests in test hub is similar to Microsoft Test Manager (MTM). The new browser based test running window snaps to the side like in MTM. 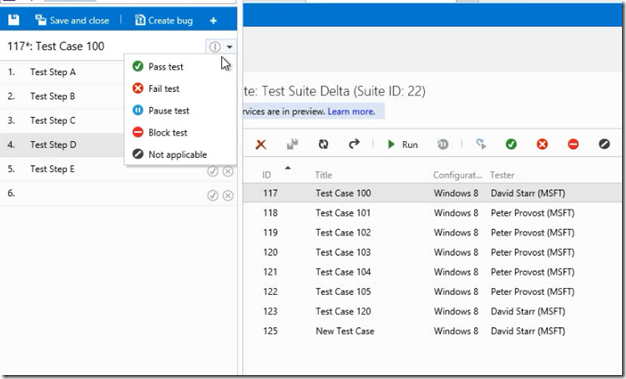 test cases can be paused and resumed on different machine and in different browser.Testing Windows Store Applications is now easier with new Test Hub interface.

Screen shot reference from here. More on these manual testing tools can be read here